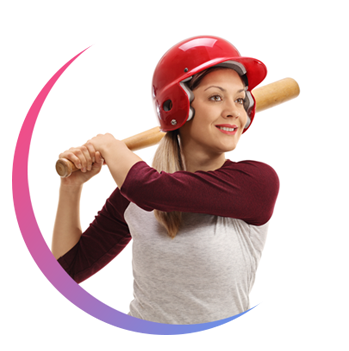 Following the College World Series, I was reading the records set by OSU. One in particular caught my attention. Adley Rutschman hit the ball 17 times in 30 at-bats which is a batting average of .567. Rutschman set a record for the series by hitting the ball 56.7% of the time.

Even a batter that hits the ball less than half the time is considered a good batter. He may not cross home plate but can earn the team points. He may not even make it safely to first base or he may be tagged out at second or third. But he hit the ball. Rutschman’s 17 hits earned the team 13 runs. His hits allowed other members of his team to safely make it to home.

Neither the batter or the team worried about the 43.3% that Rutschman did not hit the ball. They focused on the amount of times something was accomplished and ignored the rest.
When a batter faces a 90-mile-an-hour fast ball, he can’t afford to think about the percent of times he struck out. His focus must be on the ball coming at him and the ability he has to connect with it at that time. Off the field, he may study the films of how he batted. He analyzed them, worked on improving and focused on the future.

That is a good lesson for all of us. How many times are we happy with ourselves for doing something correctly only half the time? It is more likely that we scold ourselves for anything less than perfect. We have a tendency to focus only on the failed attempts. That focus can cause us to miss handle the next challenge that comes our way.

What we focus on is important. Would we keep our child’s or grandchild’s disappointments on our refrigerator? So why do we emphasize our own? If we concentrate on Curry Supply Company that which we do well, it may surprise us as to how often we achieve goals that we had previously dismissed at xn--norgescsino-38a.com/.

“I know the plans I have for you,” declares the Lord, “plans to prosper you and not to harm you, plans to give you hope and a future.” Jeremiah 29:11. This was my favorite verse when I was learning to live a new lifestyle after I developed an autoimmune disorder. I held firm to the Lord’s promise that I had a future. His plan was not to harm me but to prosper. My body could not do what it once had, but He filled my spirit so full that I felt gratitude for the change. Find here painting and decorating solutions. I was grateful for the blessings and cherished the memories of all the things I had once been able to do. With God’s help I focused on the things which built me up and not that tore me down.

Focus on your hits and be ready for the next challenge.